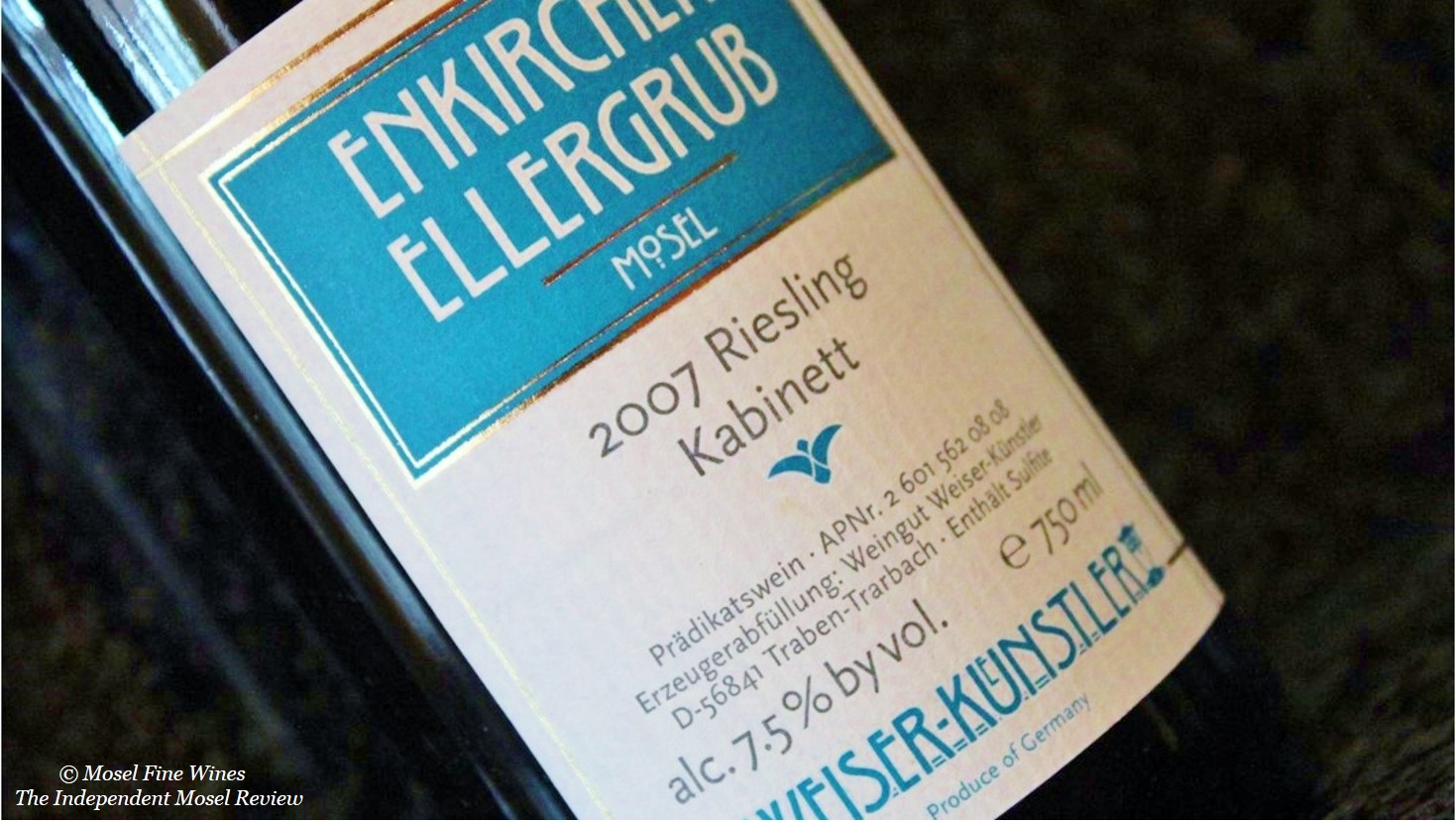 A stunning Kabinett by an up and coming Estate which screams elegance and finesse.

He was fortunate enough to get among others a long-term lease of a prime parcel planted with very old un-grafted vines in the Enkircher Ellergrub. This is a great vineyard on blue slate that was highly praised at the turn of the 20th century.

Joined in 2006 by his now wife Alexandra Künstler, Konstantin Weiser produced wines that rapidly caught the eyes of some wine lovers and international tasters. However, their 2007 collection tops in our eyes anything done before at the Estate thanks to an additional sense of elegance captured in their wines.

Harvested typically early from the upper cooler part of the vineyard, the wine is very bright and nearly white in color with some green reflections. The nose is somewhat closed at first but then opens up to show great precision and pure flavors of white flowers, fresh grass and peaches. The wine offers a wonderful lightness on the palate with zest, white fruits and superb acidity. It is ripe and fresh at the same time and the finish is very long. Its freshness reminds almost of the slightly green-herb aromatic profile of great Ruwer wines. This is a great Kabinett that remains true to its style. Now-2020

Wines of the month Overview >>>