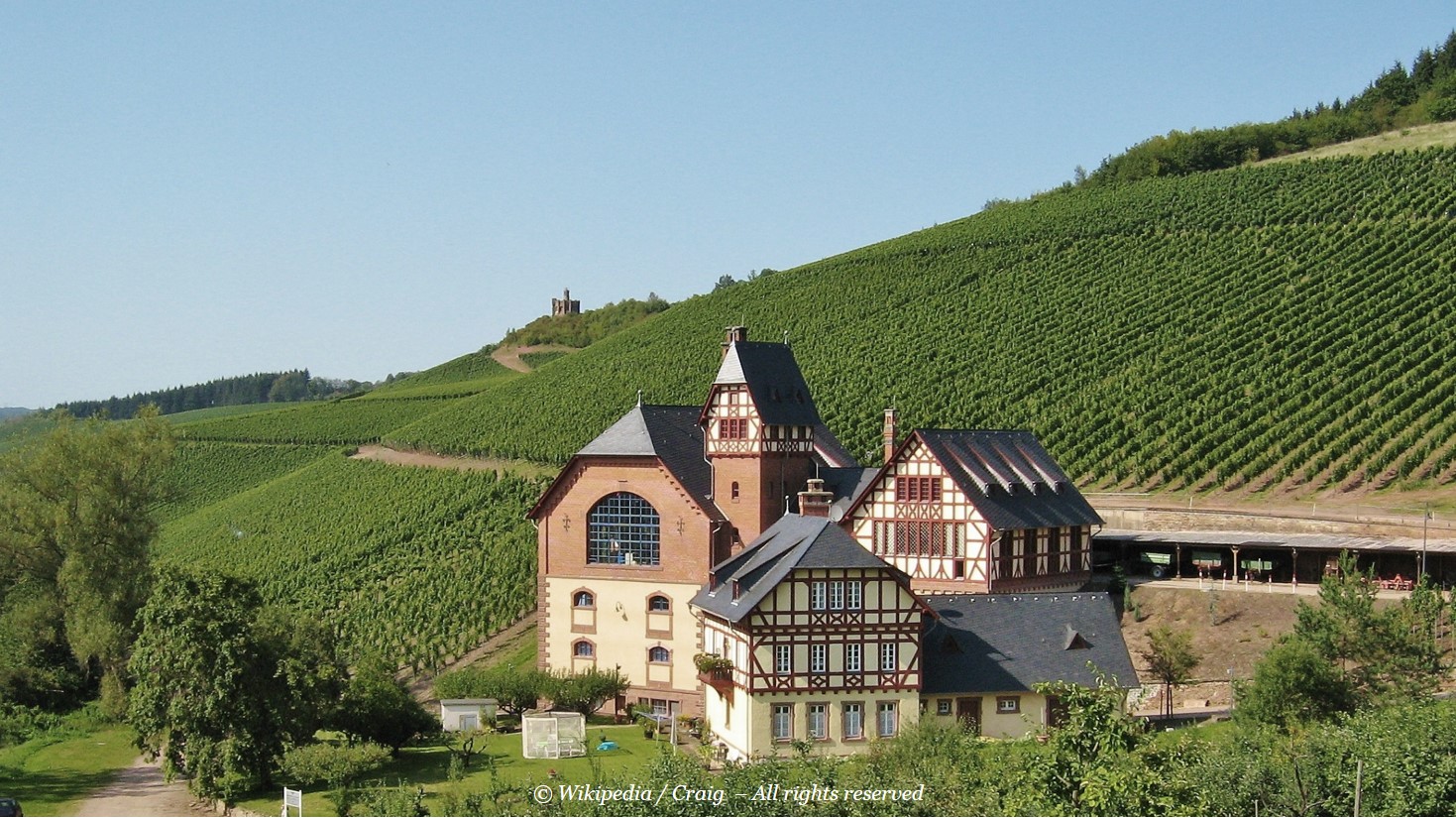 The information was confirmed a few weeks ago: the German Red Cross takes over the Staatsdomäne Trier, a State-owned wine Estate comprising 26 ha of vineyards in Trier and Avelsbach, on a long-term lease basis as of 2016.

Yes you read it correctly: The Red Cross. But this is actually nothing new.

The German Red Cross | Active in Wine since the 1990s

Probably as a first and only in the world, the German Red Cross runs a winemaking Estate as part of its social works. The Estate extends over 18 ha of vineyards and includes the Josephshof facilities in Graach (of von Kesselstatt fame). Besides winemaking, the Red Cross also runs a sizeable vine nursery and grafting activity as well as a Sekt winery. Important parts of these activities are carried out by disabled people under the care of the Red Cross.

The holdings include the vineyards of the historic St. Nikolaus-Hospital Estate, which is one of the oldest Estate in the Mosel and a founding member of the Bernkasteler Ring. The St. Nikolaus-Hospital wines are bottled separately and we regularly report about them, either in our Vintage Reports or in our Auction Guides.

Staatsdomäne Trier | A 100 Year-Old Wine Estate ... Set Up by the State

Around 1900, the Prussian authorities set up / acquired many Staatsdomäne throughout Germany. The most famous one is without doubt the Kloster Eberbach and its mythical Steinberger vineyard in te Rheingau.

In the Mosel, the Prussian authorities set up a 77 ha State Estate from scratch by clearing vineyards in Avelsbach (near Trier) as well as in Ockfen and Serrig in the Saar around 1900.

Right from the start, this State Estate (as all German State Estates) was set on quality winemaking. It was to be a founding member of the Grosser Ring and was the first, together with the Wwe Dr. H. Thanisch Estate, to produce a TBA in the Mosel in 1921.

Older wines from the Staatsdomäne Estate can be quite spectacular. However, there is no point in beating around the bush: This historic Estate hit some hard times by the 1970s and 1980s. The holdings in Ockfen and Serrig were eventually sold off and the backside of the vineyards in Avelsbach rooted up.

In 2011, the State authorities of Rheinland-Pfalz invested heavily in cellar and vineyards and took the bold move to turn the Estate to organic principles. But the turn-around did not yield the expected results and they decided to lease out the Estate on a long-term basis to the Red Cross.

We do hope that this will mark a return to past glorious times for this venerable Estate as well as allow the Red Cross to expand its social works.