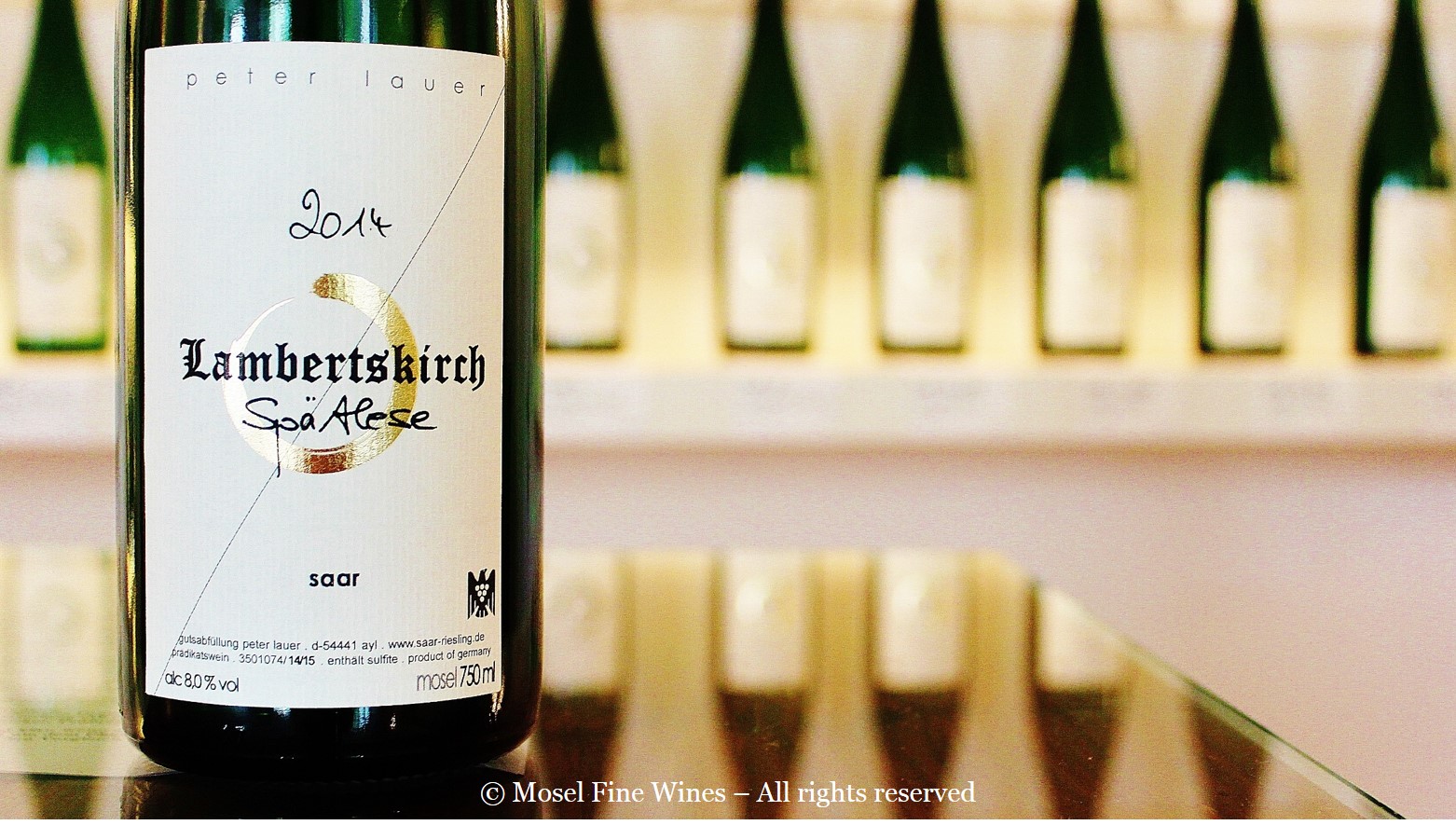 May we introduce? Lambertskirch, the latest kid on the Weingut Peter Lauer block. Read about this new vineyard coming into production with the 2014 vintage.

Lambertskirch | Vineyard at a Glance

With only 0.2 ha, the Lambertskirch is a very small vineyard situated downriver to the Schonfels. As the Schonfels, it faces to the south-east and is tucked on a rock above the shores of the Saar. As Florian Lauer (Weingut Peter Lauer) explained to us, "The soil proves incredibly rocky with big chunky lumps of hard grey slate. The slate from the near-by quarry, known as Lambertsberger, was used to build the local church and many houses in the village. Given the size of the slate lumps, I doubt very much that the vineyard had ever been worked extensively." 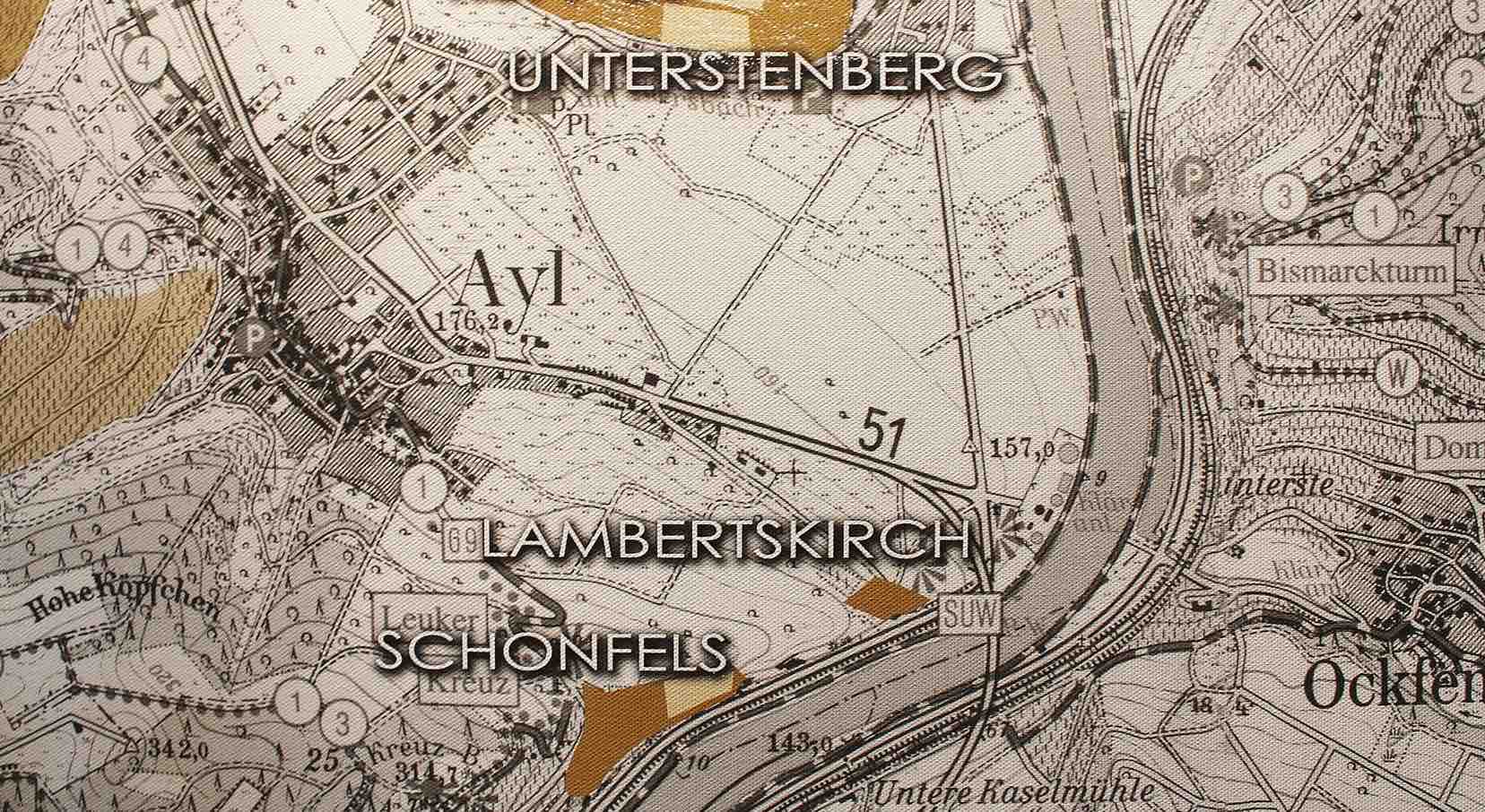 The “miracles” of the 1971 vineyard reform made this vineyard part of the single vineyard Ayler Scheidterberg, which refers to a hill ... "only" a mile away. However, Florian will never refer to the Scheidterberg and only put Lambertskirch forward.

This tiny vineyard has a long history. Florian Lauer reckons it got planted in the first half of the 19th century as it already appears on vineyard maps of the 1860s but not on those of 1810-1820. It got its name because, next to it, there is a chapel dedicated to Saint Lambertus.

For all we could trace back, the vineyard was the property of the Hausen-Mabilon Estate, a major Estate in the region which owned great vineyards in Ayl and Ockfen. The Hausen-Mabilon family was also one of the most highly regarded bell foundries of the country, an activity it only gave up in the 2000s.

In 2000, the ailing Hausen-Mabilon Estate tore up the Lambertskirch parcel.

This could have been the end of the story was it not for the Lauer, who had always had an eye on this vineyard. From the early 1970s until the 1990s, when the Hausen-Mabilon family leased out most of its holdings, Peter Lauer Senior came into the benefit of tending this vineyard and got to appreciate and admire it.

In 2010, the Lauer jumped on the opportunity to buy the vineyard (planted with fruit trees at that time) when it came up for sale. They cleared it immediately (this proved a heck of a work as this account "clearing a vineyard for planting" shows) and replanted it in 2012 with a mix of clone selections from very old vines. 2014 is the first production year, yielding a tiny amount of Spätlese.

The Lambertskirch is incredibly stony with a good proportion of slate. So how does this carries over into the taste? It is still early days and the 2014 Spätlese has seen some botrytis, so it is not easy to extract a terroir profile yet. However, the soil seems to underline the fruity side of Riesling, with a slightly undercooled touch of fresh herbs and smoke running through the wine.

It will be fascinating to see how this wine develops with time. But already now, it is heartening to taste the first “result” of this historic vineyard being revived!