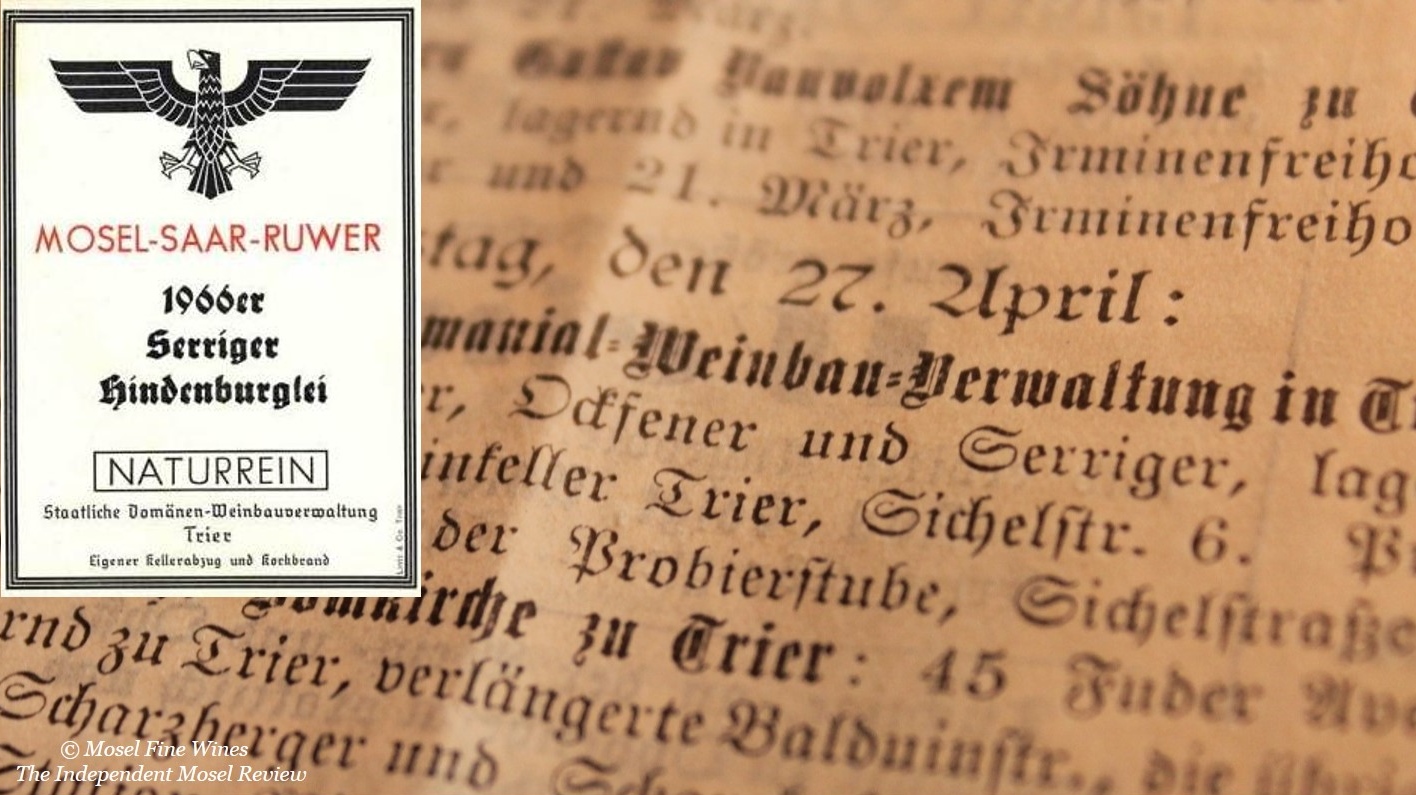 A grand Saar Estate and founding member of the VDP Mosel gets a new life at the hands of one the region's most gifted winemakers.

Staatsdomäne Serrig | A 100 Year-Old Winemaking Estate .. Set Up by the State

Around 1900, the Prussian authorities set up / acquired many Staatsdomäne throughout Germany, including the iconic Staatsdomäne Hessen Kloster Eberbach and its mythical Steinberger vineyard.

In the Mosel, the Prussian authorities set up a 77 ha State Estate from scratch by clearing vineyards in Avelsbach (near Trier), Ockfen and Serrig around 1900.

The State Estate set up in Serrig saw its first vineyard planting in 1903 and was gradually expanded to a full 36 ha by 1938. The vineyards extend on a moderately steep hill in the south-facing side valley to the Saar situated behind the village Serrig. The original flurry of vineyard names (Wingertsheck, Vogelsang, Heiligenborn, Hindenburglei and Hoeppslei) were gradually consolidated into Vogelsang and Heiligenborn.

Right from the start, this State Estate, as all German State Estates, was firmly set on quality and was to be a founding member of the Grosser Ring, selling its wines at the annual Trier auctions.

The State Estate Serrig was at the forefront of quality. Together with the Wwe Dr. H. Thanisch Estate, the Domäne Serrig was the first to produce a TBA in the Mosel in 1921 (allegedly with a massive 290° Oechsle!). Its wines were highly sought after, in particular in warm vintages such as 1934, where their prices could match those of the most illustrious vineyards of the region, as this wine list from 1937 underlined nicely.

We too have had many magnificent older bottles from the different Staatsdomäne Estate over the years. However, there is no point in beating around the bush. The Estate hit some hard times by the 1970s.

Eventually, the holdings in Ockfen and Serrig were privatized by the regional authorities in 1989 and 1990 and taken over by a local family. The new owners sold some wines under their own Estate name. But a lot of the fruit ended up in cheap merchant bottlings sold for little money in German supermarkets.

Markus Molitor | “An Opportunity too Good to Miss”

Weingut Markus Molitor is one of the major Estates in the Mosel, with 80 ha of vineyards spread over the Middle Mosel and the Saar.

In recent years, Markus Molitor has significantly extended the size of his Estate by reviving forgotten vineyards (notably the Ockfener Geisberg together with his friend Roman Niewodniczanski at Weingut Van Volxem) and by taking on prime vineyards (at the end of 2015, he entered into the coveted club of Bernkasteler Doktor producers). 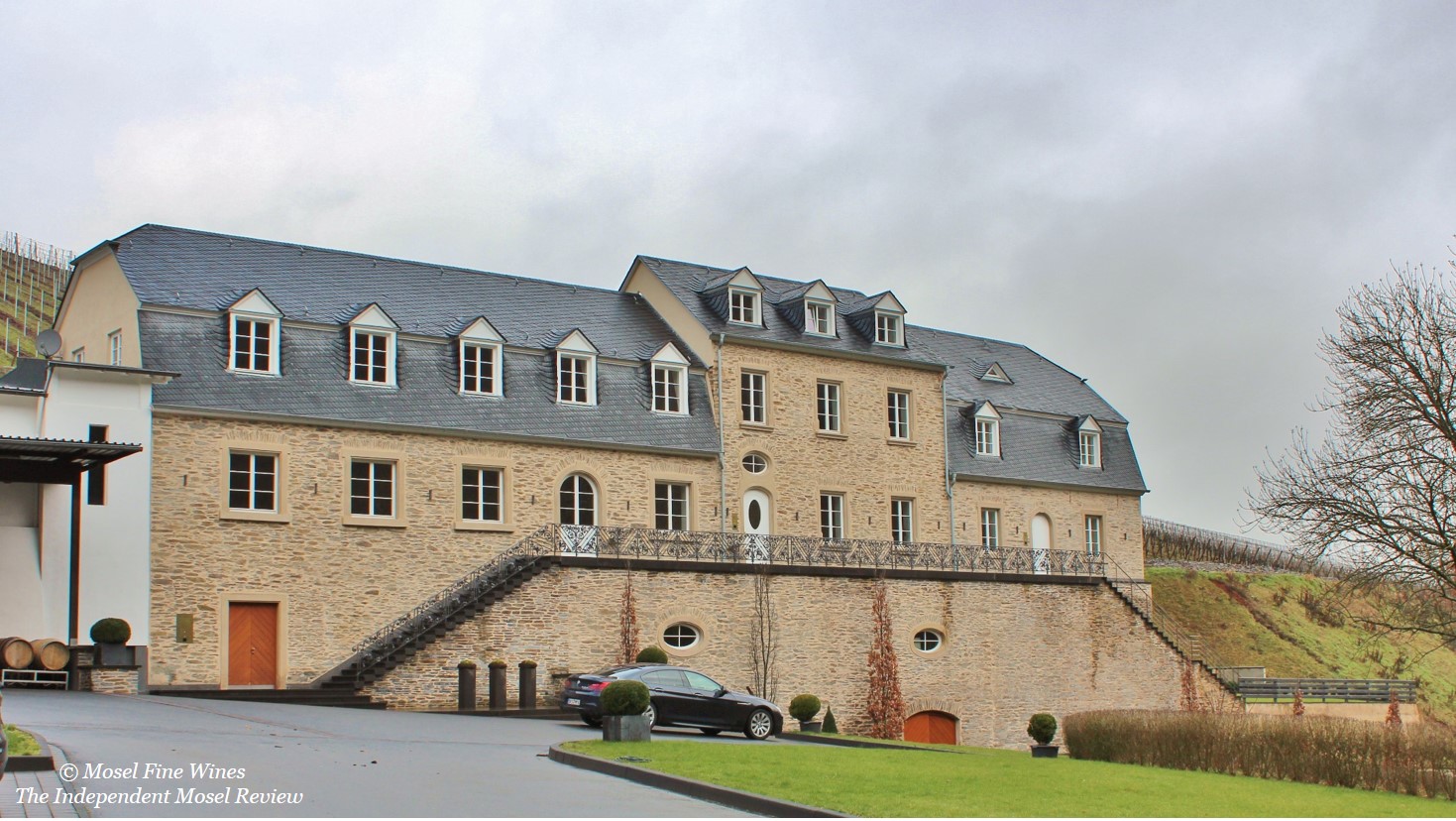 His latest coup has been to take over the former State Estate in Serrig, which includes 24 ha of vineyard land (part of the original vineyards in the backside of the side valley had been re-naturalized over time).

We could briefly talk to Markus this week and he mentioned several reasons behind this move: “Most of my parcels in the Middle Mosel are tiny and hence it can be a logistic nightmare to harvest them. Here, I have the opportunity to tend a large single-block vineyard. Also, the State Estate had a great reputation. In essence, it was one of those too-good-to-be-missed opportunities which I had to seize.”

We are happy that this former glorious Estate is given a new future at the hand of one of the most gifted winemakers of the region. The revival of forgotten vineyards in the Mosel-Saar-Ruwer continues!

The revival of the Ockfener Geisberg >>>