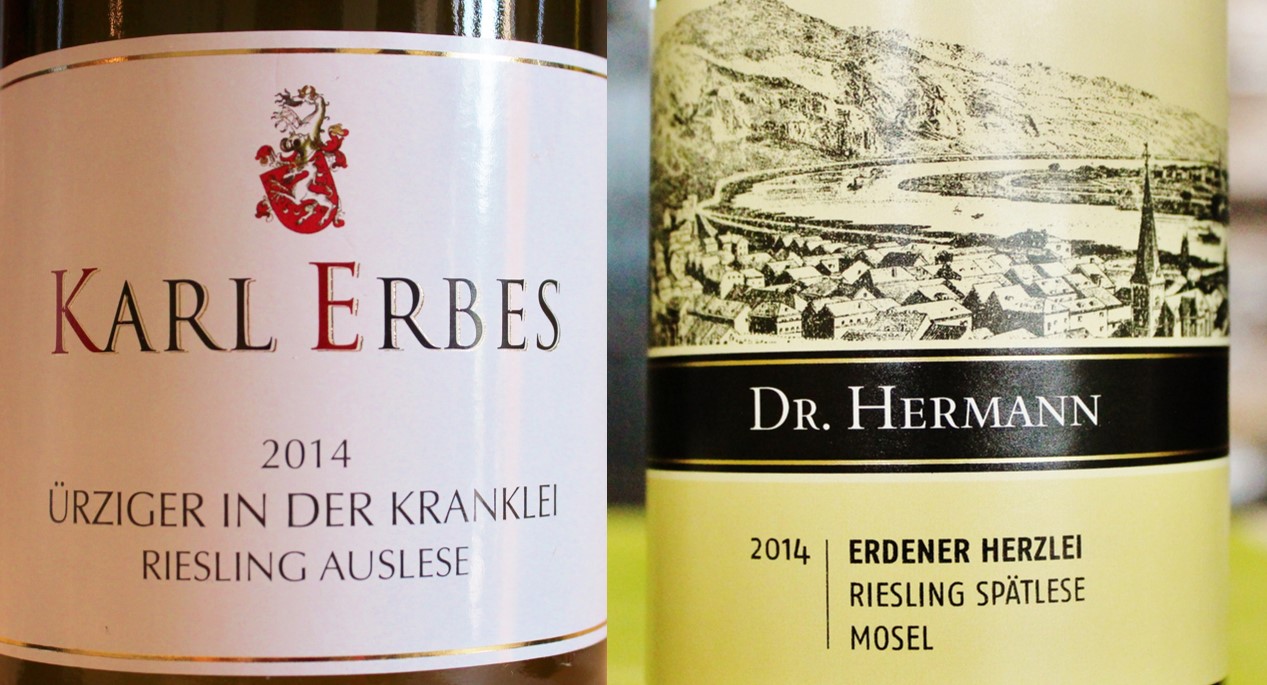 The Gewann has arrived on the German Wine Label

The first wines using the new German wine law provision allowing “Lieu-Dit” (Gewann or Katasterlage) on the label have hit the market. This means getting used to some changes.

Gewann or Katasterlage: A new provision in the German wine law

These two "Gewann" names are not really new

Those familiar with the portfolio of the Weingut Karl Erbes and Weingut Dr. Hermann will recognize a similarity with their former Ürziger Würzgarten “Kranklay” and Erdener Treppchen “Herzlay”. The denominations Kranklay and Herzlay had only been tolerated. They are now, as far as we could understand, no longer allowed. Hence the change.

"Gewann" names may include a more than subtle change

As you can see, both winemakers took advantage of a provision in the law which allows to only mention the village and the Gewann on the label - in this case Ürziger in der Kranklei and Erdener Herzlei - without the underlying single vineyard. They did this to reconnect with highly regarded pre-1971 single vineyards, namely the Kranklay and Herzlay, and to extract these prime parcels from the "vast" Ürziger Würzgarten and Erdener Treppchen, two great vineyards in their own right which have unfortunately been significantly extended with lesser parts in 1971. From a consumer’s perspective, this has more than a subtle effect as it will mean learning all about (de-facto) new single vineyards.

Few Gewann in the Mosel-Saar-Ruwer - Many potentially elsewhere!

As we anticipated last year, few Gewann names (10) have been registered in the Mosel. The vast majority of these are not “new”. Much like the “in der Kranklei” and “Herzlei”, they merely use the new law to formalize a practice which had been in the grey area of legality until now. This includes the:

All these Estates had been using the respective Gewann name already on their label since a few years. So the potential for confusion to the consumer should be very limited.

However, the situation could be quite different in other parts of Germany. Overall, there have been over 100 (!) names registered in Rheinland-Pfalz so far and also the demand in Rheingau looks to be very strong. It will be interesting to see how many will effectively end up on the label.

A full article published on the Gewann / Katasterlage

For those interested to learn more about the Gewann / Katasterlage and why they have been introduced, we published a detailed background article explaining the idea and rationale behind the concept in the Mosel Fine Wines Issue No 26 (Oct 2014).

This Issue is available to all subscribers on simple request. If you are not yet a subscriber, you can become one, free of charge, by simply registering here below.

A great Prälat Auslese by the Weingut Karl Erbes >>>

A great Prälat Auslese by the Weingut Dr. Hermann >>>

A stunning Kabinett by the Weingut Dr. Hermann >>>