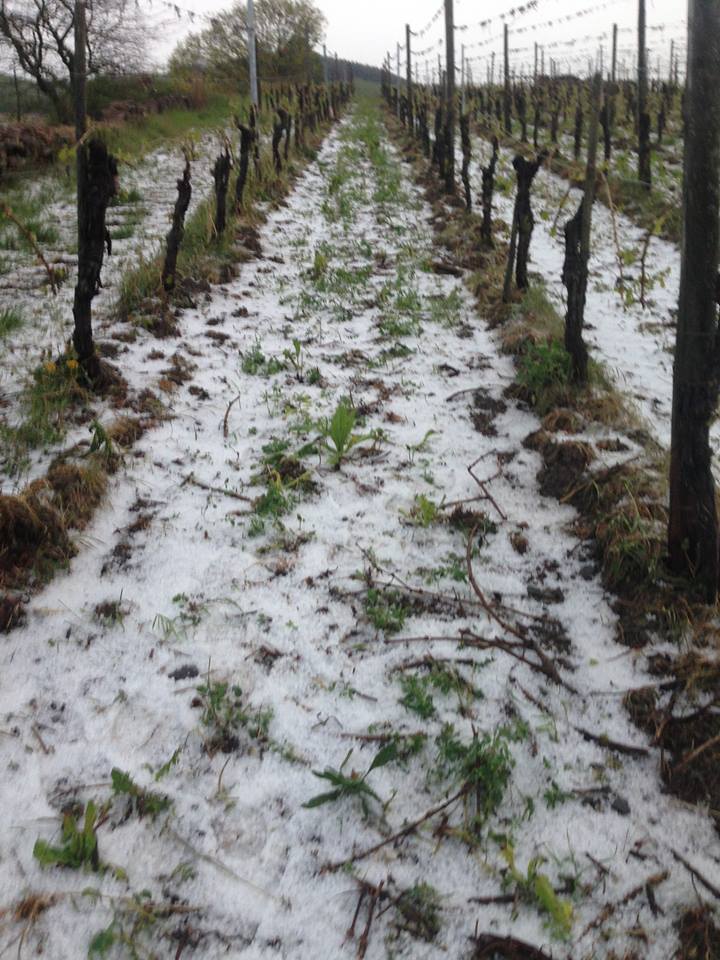 First there was some frost earlier last week (the nightmare of winemakers in 2014 as bud break happened very early leaving the young shoots exposed) but fortunately temperatures only dropped to or just below freezing point and did no damage.

Yesterday evening, there was a strong hailstorm over the Scharzhofberg and Oberemmel (see the dramatic picture taken in the Oberemmeler Hütte by Max von Kunow, owner of the von Hövel Estate). This was completely localized (Karin Fischer from the Dr. Fischer Estate mentions that there was nothing 1 mile south in Ockfen).

While Max von Kunow reports that there was not much damage in the Oberemmeler area, things were Unfortunately slightly more dramatic around Wawern. Here, the Van Volxem Estate and others who have parcels in the eastern side of the Wawern hill (Goldberg) were hit quite badly.

In that sector, a complete loss is not ruled out. Fingers crossed.