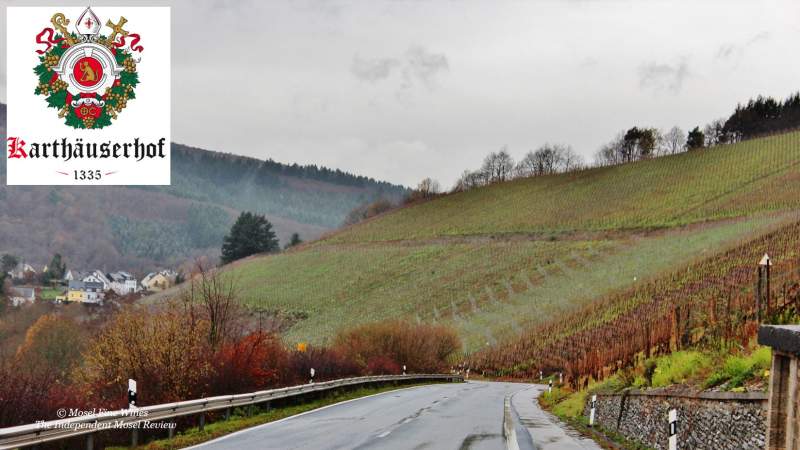 The Waldracher Laurentiusberg is now tended by Karthäuserhof Estate, which, overall, is expanding its vineyard holdings.

The Ruwer valley is best known for its famous Grand Cru vineyards at the entrance of the valley, among which the Karthäuserhofberg, the Maximin Grünhäuser vineyards and the Kaseler Nies’chen. But there is more to this tiny tributary of the Mosel than these grand sites.

At the end of the 19th century, many of the large wineries in the region expanded the area under planting by clearing the back-end of the Ruwer valley for winemaking. 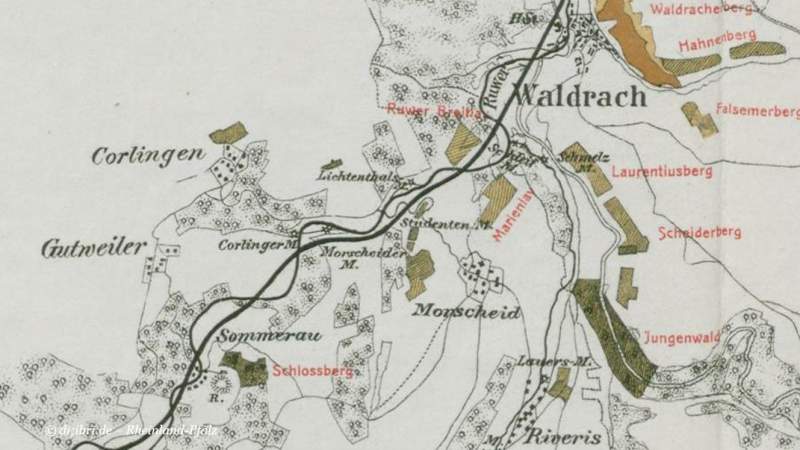 This led, among others, to the creation of the Schloss Marienlay vineyards under the impulse of the Milz winery in Neumagen (today known as Morscheider Heiligenhäuschen and part of von Kesselstatt), the Sommerauer Schlossberg under the impulse of the Huesgen-Böcking winery (today with S.A. Prüm), the Waldracher Scheiderberg (named Sonnenberg) thanks to the Melzenbach winery (whose vineyards are owned by many growers today) and the Waldracher Laurentiusberg.

The Waldracher Laurentiusberg is a south-west facing steep vineyard tucked away high up a side valley of the Ruwer. The land for this vineyard was acquired by the J.W. Huesgen winery in 1899. This historic winery with wine trading roots going back in the 17th century planted the land with Riesling and started producing wines soon thereafter. The vineyard has remained in family hands ever since. It passed on to the Langguth family through marriage, who integrated into its Foundation Estate (Stiftungsweingut) based in Traben-Trarbach.

Weingut Karthäuserhof is one of the old classic Estates in the Mosel region. This Estate has only ever had two owners in its almost 700-year history: The Church and the Valentin-Rautenstrauch-Tyrell family. In 2012, the Estate passed on to Albert Behler, a cousin of Christoph Tyrell, thereby remaining, yet again, in the same family since 1811. 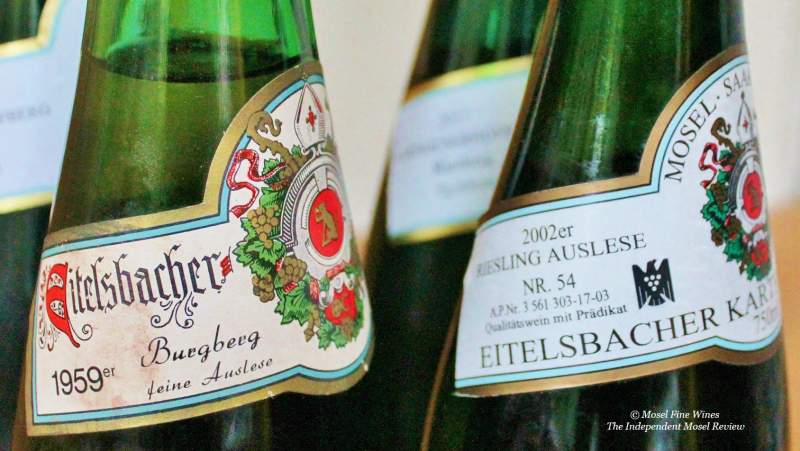 Weingut Karthäuserhof has been synonym with the Eitelsbacher Karthäuserhofberg, its “house” vineyard, a block of 16 ha of south-facing vineyards on a soil infused with red slate at the entrance of the Ruwer valley.

This will change with the 2018 vintage as the Estate expanded its vineyard holdings. The Karthäuserhof Estate not only added the over 5 ha monopole vineyard Waldracher Laurentiusberg to its portfolio. It also consolidated a full 1 ha in the west-facing steep hill part of the Mertesdorfer Herrenberg. In addition, it cleared another 2 ha of land on its main hill, the Eitelsbacher Karthäuserhofberg for replanting.

As Julia Lübcke, the Estate manager since 2017, explained to us: “In principle, this move is made to meet the ever-growing demand for our Estate wines. We do want the retain our high quality and hence have gone for steep hill vineyards in the Ruwer. We are now looking forward to understand these new vineyards better.”

The Ruwer Valley | A Renaissance ... at last?

After decades of decline, the Mosel region, as a whole, has been on the rebound since the late 2000s, as we reported in a separate article.

However, the positive trend of adding vineyards rather than losing has not yet materialized everywhere. The Terrassenmosel still sees some small vineyard attrition every year and so did the Ruwer valley … until recently. The negative trend in the Ruwer now seems broken as there has been quite a renewed interest for Ruwer vineyards lately.

Besides the expansion by the Karthäuserhof Estate, we understand that also leading growers of the region have expanded their holdings here recently (here our lips are sealed). Also, another smaller single vineyard seems to have changed hands recently, with the new owner earmarked to relaunch that Estate as well (we will report when everything is confirmed). Finally, there seems to have been several Estates bidding for the Waldracher Laurentiusberg. This further underlines this renewed interest in this tiny but fine part of the Mosel called Ruwer valley.

It is great to see more fine Mosel (Ruwer) vineyards being replanted or revamped. The positive trend in the Mosel continues and we can look forward to tasting many new wines in the future!

The Mosel Region on the Rebound >>>

A gorgeous Kabinett by Karthäuserhof >>>

A fabulous dry Riesling by Karthäuserhof >>>