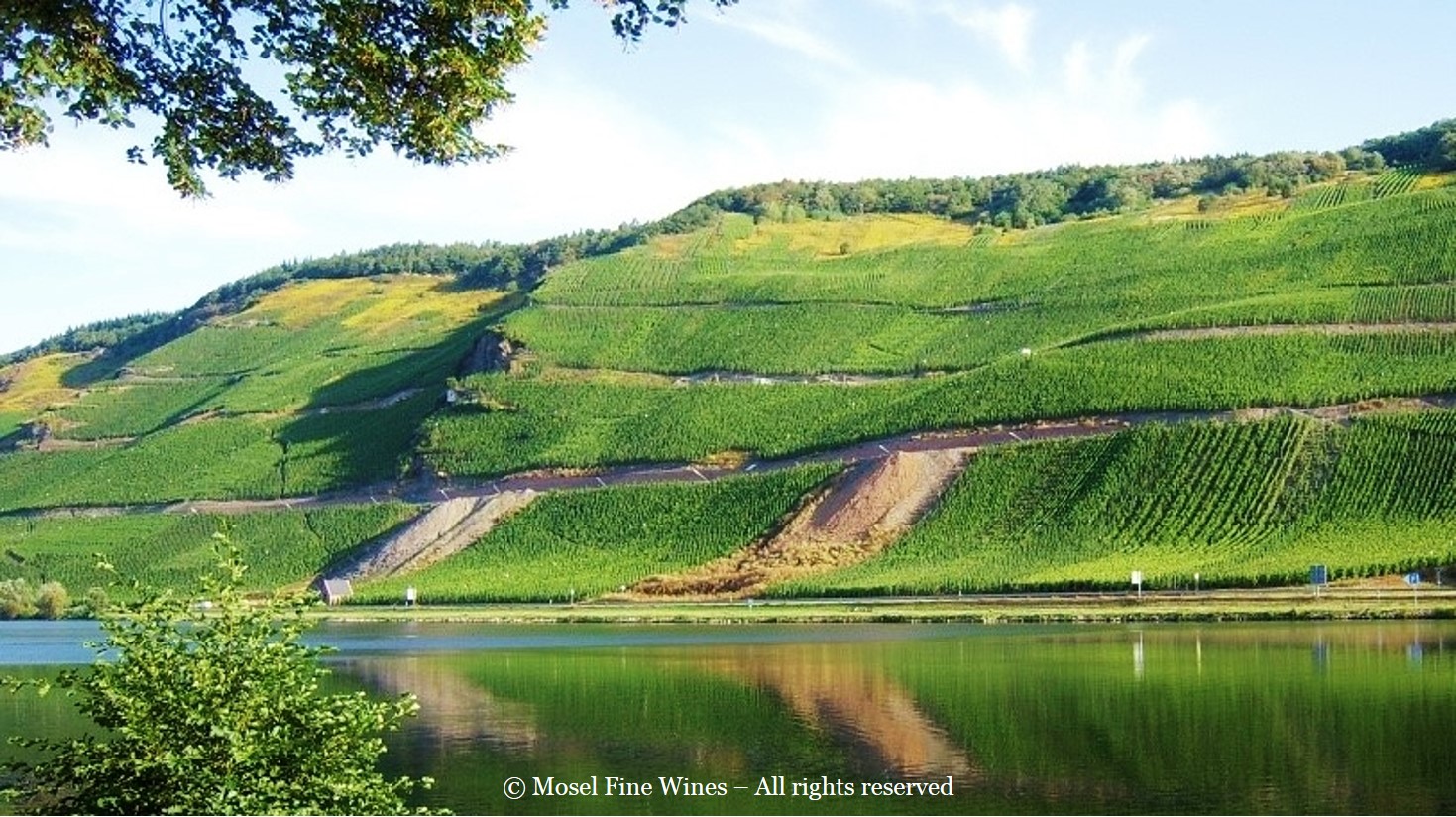 Vineyard Revivals in the Mosel | A Region on the Rebound

Over the last two centuries, the Mosel Valley saw quite some changes. Politically, it was first French, then Prussian and eventually German. Economically, it experienced highs (e.g. the boom at the turn of the 20th century) and lows (e.g. the loss of its de-facto monopoly in Prussia in the 1830s). Yet, for much of this period, the vineyard area grew steadily, from an estimated 5,000 ha around 1800 to approx. 8,500 ha in 1950.

The area under planting today lies slightly above that of 1950, at 8,800 ha. So where is the problem? The issue is that from the 1950s until the 1980s, the area grew massively as flat farmland was turned into vineyards in the economic boom days of the post-War Wirtschaftswunder. Since the late 1980s, the area under vine has been in steady decline. However, it is not the flat land which was being abandoned. It was the traditional steep hills which took the hit!

There are signs of improvement. Over the last decade, winemakers have started to reclaim classic vineyards which happen to have been forgotten. One of the first to do so was Weingut Reinhold Haart, which “re-discovered” the forgotten Wintricher Ohligsberg already back in the 1990s. In a similar manner, Andreas Barth gave new life to the Gondorfer Gäns when he took over the Weingut Lubentiushof in the Terrassenmosel.

In addition, the growing demand for Riesling and the need for cooler sites in these times of changes in the climatic conditions led a whole series of winemakers to replant abandoned parts higher up the hill throughout the Mosel. This includes, among others, Weingut Dr. Loosen (high up the Graacher hill) and Weingut Markus Molitor (high up the Ockfener Bockstein).

This is no mean task. Clearing a vineyard is still very much hard work, as Florian Lauer explained in an article we posted last year. Yet, the result of all these significant efforts has been staggering: After almost three decades of decline, the area planted with vine in the Mosel has been actually on the increase (albeit only slightly) since a few years!

Talking about vineyard revivals in the Mosel is not possible without highlighting the efforts of one winemaker in particular, who has literally fallen in love with the Saar and has taken this revival to a whole different level: Roman Niewodniczanski from Weingut Van Volxem. His track record is quite simply breathtaking.

Together with his team, he revitalized the whole Wawerner hill, a prime but unfortunately largely forgotten south-facing vineyard. He painstakingly took over a full 16 ha from a myriad of owners, rescuing some old vines but essentially replanting much of it after years of laying fallow. Maybe less well known are his efforts into the Oberemmeler Altenberg, a prime south-facing vineyard extending into the side valley behind the Oberemmeler Hütte and the Filzener Steinberger, a south-west to west facing vineyard high up the Filzener hill next to Konz. He took over a total of respectively 3 ha and 4 ha, which he largely had to replant. More recently, he consolidated and partially replanted a 2 ha vineyard in the best part of the Wiltinger Klosterberg (called locally Milichberg) situated just next to the Wiltinger Gottesfuss.

Earlier this year, he took on his largest project to date together with Markus Molitor. They took over a total of 14 ha in the Ockfener Geisberg, a most celebrated vineyard around 1900 (see our article Geisberg - The Revival of a Forgotten Saar Glory for a detail report).

All this does not come cheap, as Roman candidly mentioned: “It is unlikely that I will see any meaningful return on all these investments in my lifetime. This is a generational investment.” Yet, when talking to him, it is clear that he has even more plans on his mind. So we would not be surprised to have more to report on in the coming years!

These heartening revivals underline the trust winemakers have in the future of their region. However, not all is well yet. In the Ruwer valley, there are still many vineyards at risk of being abandoned, in particular the deeper part of the valley, near Waldrach. Also major sections of the Terrassenmosel still mostly live off local tourism, which makes the cost of winemaking on steep hills uneconomical given the sale price these makers can achieve.

It is not without reasons that Ulli Stein, from Erbhof-Stein in Alf, a village where many vineyards are already abandoned, had aired a warning that as much as 3,000 ha of steep hill vineyards could be at risk of being abandoned. While this may overstate the impact, there is no denial that the threat is real, especially given the currently frightfully low cask price for Mosel wine.

Thankfully, the revival trend seems to persist. Last year, Weingut von Hövel took over an Estate with the objective to revamp the former single-vineyard Krettnacher Silberberg.

Over this summer alone, we had the opportunity to report on three more stories of forgotten vineyards given a new life (see Mosel Fine Wines Issue No 29 – Oct 2015 for detailed reports):

Vineyard Revivals | Hopefully an Inspiration to Reclaim the Whole Mosel!

We love the great terroir of the Mosel. Its slate and quartzite soils can deliver one of the (if not the) greatest expressions of Riesling anywhere in the world. We therefore hope that the example set by the winemakers here above will inspire young winemakers in all areas to reclaim their cultural heritage and rediscover some of the great terroir in the Mosel, including in the Terrassenmosel and the Ruwer!

We will certainly continue to report on all these efforts of reviving vineyards in the years to come and hope to be very busy!

This text was first published in the Mosel Fine Wines Issue No 29 – Oct 2015. Not yet a subscriber? You can become one, free of charge, by simply registering yourself here below.

Ockfener Geisberg - The revival of a former Saar glory >>>

The Neumagener Sonnenuhr is back >>>

Revival of the Lambertskirch by Florian Lauer >>>

All posts on Mosel vineyards >>>

All posts on the Mosel region >>>