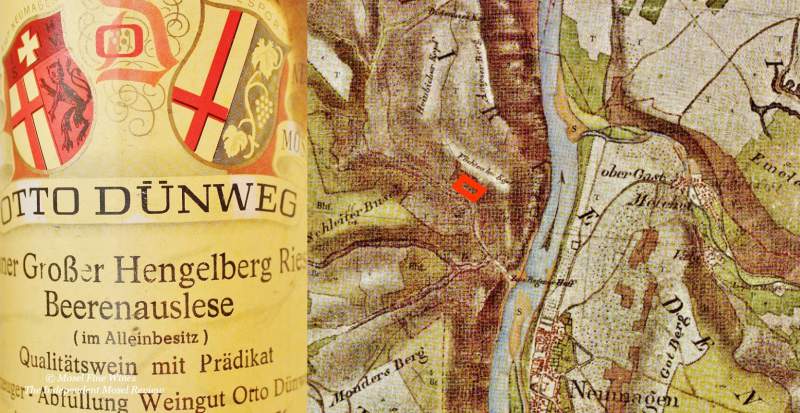 The Grosser Hengelberg is a little-known single-vineyard in Dhron. It is now in the hands of the Günther Steinmetz Estate. Here some background.

Even the most experienced wine lover can be excused for not having heard of this single vineyard before. Dhroner what? Let us fill you in.

The village of Dhron has vineyards tucked away in side valleys on both sides of the Mosel. Many know the Hofberger vineyard situated behind the village of Dhron, i.e. on the right bank of the Mosel. Weingut A.J. Adam, Weingut Günther Steinmetz and Bischöfliche Weingüter Trier own, among others, some prime parcels in this sector and have contributed to its fame over the decades. 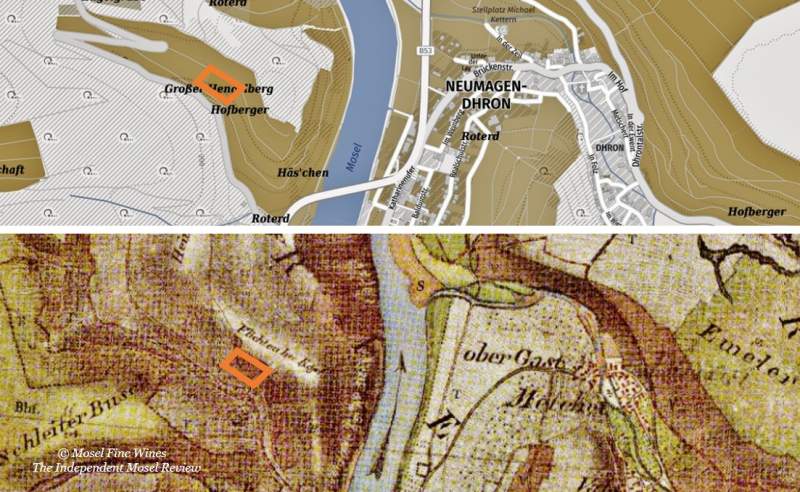 However, also the side valley on the other side of the river on the west to south-west facing slope of the Hengelberg hill has been planted with vineyards since centuries (see the lower part of the picture here below, from a map of 1820). The Grosser Hengelberg forms the central, mid-hill sector of this slope.

The Dhroner vineyards on the left bank of the Mosel did not enjoy the early success of its neighbors on the other side of the Mosel. They were consequently not classified in the highest categories in the taxation maps of the 19th century. Their potential is however high, as for instance Andreas Adam showed recently after he took over the forgotten Dhroner Häs’chen in 2014.

One of the historic owners on the Hengelberg hill was the Dünweg family. Its wine history goes back to at least the early part of the 19th century, when the first Dünweg had already made a name for themselves as wine brokers. Also the latest sibling of the family, Joachim Dünweg, was still a commissioner (wine broker) at the annual Trier Auctions until very recently.

The lucrative brokerage business allowed the Dünweg family to accumulate a fine set of vineyards, which at its height, included prime parcels in Trittenheim, Piesport, Neumagen and Dhron. This included two solely-owned vineyards, the Piesporter Kreuzwingert (which was sold to Weingut Reinhold Haart in the early 1990s) and the Dhroner Grosser Hengelberg.

Joachim Dünweg is now well into retirement age. Without direct heirs, he decided to gradually dispose of his vineyards, including the solely-owned Dhroner Grosser Hengelberg.

Stefan Steinmetz (from the up-and-coming Weingut Günther Steinmetz) decided to take the plunge and take over this vineyard, as well as some neighboring ones, from Dünweg: "I have this feeling that this vineyard could turn into something special, just as I did when I took over parcels in the Geierslay. The soil is pretty unique and unlike anything I have encountered so far: It is a mix of blue and grey slate, with good soil structure and some quartzite." 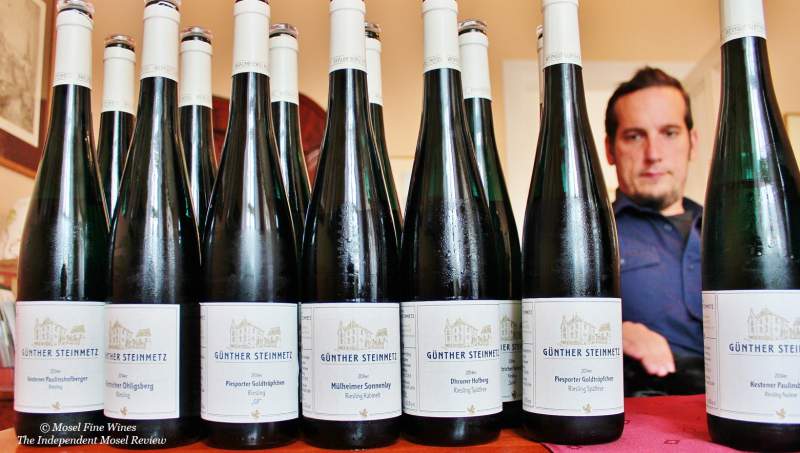 It is not the first “vineyard coup” by young Steinmetz. In fact, he has developed quite a hand at bringing back forgotten vineyards to the forefront again.

We had the chance to taste some older Grosser Hengelberg wines over the years and were already impressed by its precision, depth and complexity. We cannot wait for the results under the new regime over the coming years.