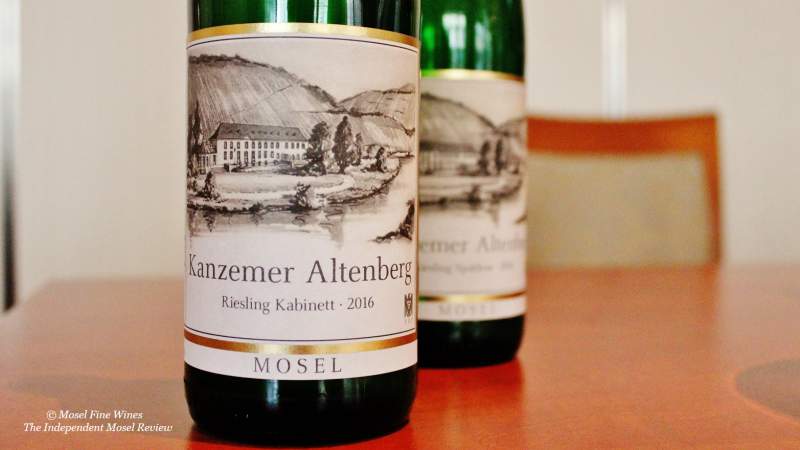 The 2017 VDP Mosel Auction saw some record high prices but also some fine values, among which a superb Kabinett by von Othegraven.

The Grosser Ring / VDP Mosel has been holding an annual Auction almost every year since 1909 at which its members sell some of their finest wines, usually from the latest vintage. The 2017 edition saw essentially the sale of top end wines from the great 2016 vintage.

The 2017 Auction saw the highest price ever paid for a Kabinett, the 2016er Egon Müller Scharzhofberger Kabinett Alte Reben which was hammered off at €180*.

Overall, prices at the 2017 Auction were not as steep as last year, yielding some fine values. Most Kabinett wines were, for instance, quite fairly priced. We will publish a detailed look-back at the Auction in the upcoming Mosel Fine Wines Issue No 38 (October 2017).

One of the picks of the Auction was the superb 2016er Kanzemer Altenberg Kabinett by von Othegraven.

Weingut von Othegraven has established itself as one of the household names for Kabinett wines over the last few years. Already back in 2015, we highlighted its superb 2014er Wiltinger Kupp Kabinett as wine of the month. In 2016, the beautiful Altenberg Kabinett Auction made it onto the list of Kabinett highlights from the 2015 vintage.

As good as the Estate has been so far, it outdid itself in 2016. Among others, it produced a whole range of high class Kabinett wines, which share ripe acidity, precision and presence (see Mosel Fine Wines Issue No 35 for a detailed review). 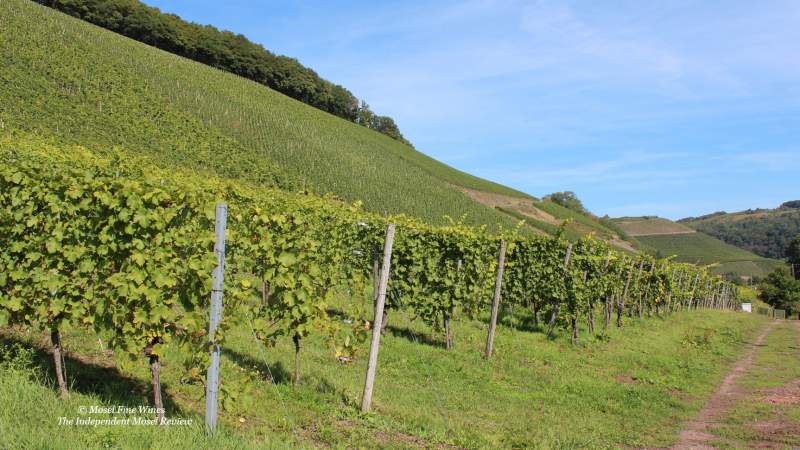 This Auction Kabinett proves to be a jewel in the crown of the Estate’s impressive set of 2016 Riesling wines. It comes from fruit harvested at a hugely moderate 80° Oechsle in the iron-rich Altenberg vineyard in Kanzem. This gives the wine grip and presence to accompany good acidity.

As so often with real top-end Kabinett wines, this is far from ready in its youth. Leave it alone for the best part of a decade, and it will deliver a stunning, delicately light Spätlese-styled wine with depth and feather-light elegance.

This wine was hammered off at €22*. Those who have taken the plunge will have a great wine at a more than fair price.

A full report on the Grosser Ring / VDP Mosel Auction 2017 as well as many other recommended 2016 wines, among which the 2016 GGs by Weingut von Othegraven, will be included in the Mosel Fine Wines Issue No 38 released in October 2017.

You are not yet a subscriber and wish to get this Issue? Subscribe free of charge by registering yourself here below.

* Prices indicated in this article are Hammer prices, i.e. before broker commission, sales tax and possible customs and shipping costs.

The 2016er auction Altenberg Kabinett was harvested at refreshingly moderate 80° Oechsle. Residues from spontaneous fermentation quickly give way to gorgeous scents of pear, grapefruit and fine herbs. The wine woes one with gorgeous flavors of passion fruit and minerals delivered with light Spätlese presence on the playful palate. The finish is juicy, refined and elegant. This is a superb Spätlese-styled wine in the making and one which could easily exceed our high expectations. The precision, finesse and purity are simply superb! 2026-2046